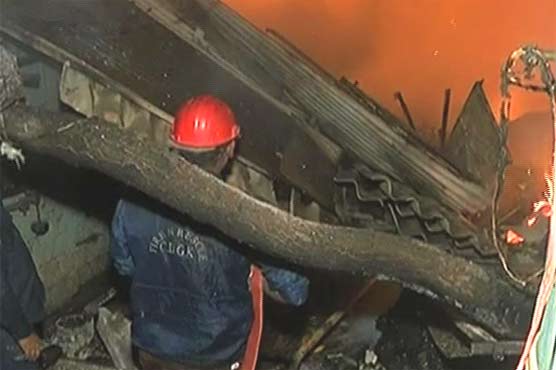 MULTAN (Dunya News) – According to details, fire broke out at the third storey of a godown in Ghalla Mandi area of Multan on Sunday night which engulfed the entire godown very quickly. Fire brigade and rescue teams reached the spot on time and brought the fire under control after one hour. Six vehicles of fire brigade took part in the operation. The fire destroyed property worth millions of rupees. Police and rescue teams have launched investigation to ascertain the cause of the fire at the godown.